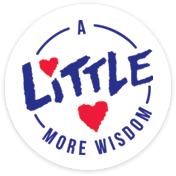 If mealtime is more of a battle than an adventure, you may have a finicky eater.  A picky eater dislikes certain food, but still has 30 foods in her repertoire. If your toddler eats less than 20 different foods, she may have a sensory processing disorder.

When it comes to feeding your child, many moms encounter the “picky eater” phase. It doesn’t sound like a big deal, but it can rattle your nerves. After all, your number one objective is to keep your child healthy with a nutritious diet so she’ll thrive and grow.
This sees like an impossible task when she turns up her nose at everything on her plate.
So what’s a mom to do?

There are many ways to categorize your child’s eating habits. Some children are finicky or selective in that they refuse to eat specific foods like cauliflower or asparagus. Others are moderately picky which means they dislike more that just a few foods. For the most part, children in these categories have about 30 different foods in their diet, which means they may be picky, but they’re still eating foods from main food groups like fruits, veggies, dairy and lean meats.

A severely picky eater has an extremely limited diet that may include fewer than 20 foods. These children are also called problem eaters. Sometimes severely picky eaters have an underlying sensory processing disorder (SPD). For example, if your child only eats foods with the same texture like yogurt, milk and cheese and refuses to eat anything else, that could indicate SPD. Chat with your pediatrician to learn more or if you have concerns.

A word about problem eaters…

As the mom of an autistic child, I’ve witnessed sensory processing disorders with food first hand. I remember when my son was a toddler and he only had about 16 foods in his repertoire.  Everything surrounding food became challenging– meals, packing lunches for kindergarten, trips to the grocery store.  With time, patience and some behavior therapy, he grew out of that finicky phase and now he’s a good eater who tries new foods.
Wondering when your baby is ready for solid food? We’ve got tips for first meals, avoiding food allergies, mouth health and more.

Whether you have a picky eater or a problem eater, the approach for expanding their menu is still the same.  Offer them food they like, but consistently introduce new foods for them to try, even if they’ve refused to sample them in the past.  It takes time and patience, but it works.
I would divide food into colorful little “piles” to see what worked. My son liked chicken nuggets, so the nuggets were in one pile. I would then add something red like strawberries, something green like peas and something yellow like corn. While he ate the nuggets, he would inspect the other piles and every so often a few nibbles would lead to a new food on our list of “yes” items.

The most helpful piece of advice I ever got was to stop pressuring him and let him try new foods at his own pace. Plus, there’s a difference between pressuring him to eat and encouraging him to eat. Easier said than done, but it is true. My anxiety about his anxiety was only making things worse. After evaluating my own behavior, I made some changes.
I adjusted our meal routines by offering him new foods during breakfast and lunch and only serving him foods he liked at dinner. I know people say being a short-order chef is silly and moms shouldn’t cater to picky eaters, but I was okay with that arrangement, knowing that it was helping us to make progress toward greater food acceptance.
Dinnertime became more pleasant and if we didn’t pressure him, he would try new foods. Sometimes he would spit them out on his plate with a “yuck, yuck!” but hey, at least he tried.  After all, small victories are still victories!
Do you have tips to share that worked with your picky eater? Let us know in the comments section on our Facebook page.

What You Really Need to Get for Your First Baby 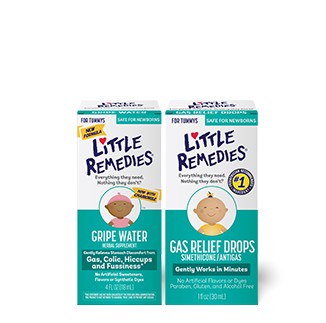 Safe and Reliable remedies to help relieve your little one’s tummy discomfort*. *This statement has not been evaluated by the Food and Drug Administration (FDA). This product is not intended to diagnose, treat, cure or prevent any disease.